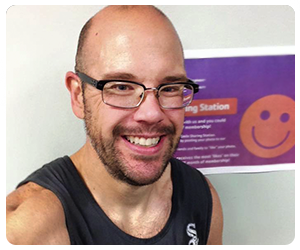 In less than two years, Erik Schelling has lost upwards of 150 pounds. Amazingly, he hasn’t lost a single ounce of commitment. Now a fitness enthusiast, Erik visits the Galowich Family YMCA up to six times a week. What’s his secret?

Erik typically gets to the Y at 5 a.m., sometimes earlier. When the doors open, he’s one of the first people in. At that hour, the Y is fairly quiet, occupied only by a handful of early risers, or fellow “five-o’clockers,” as Erik calls them.

“There are usually a couple of us standing around waiting for [staff member] Layne to open the doors,” he said. “I see some of them every day, and if they don’t see you working out one day, they’ll ask, ‘Where were you yesterday?’ It’s an informal accountability. It’s fun.”

On most days, Erik hits the wellness center for an hour or so, where he focuses on strength training and cardio. On other days, he’ll jump in for a session of AM Boot Camp.

As of late, his focus has shifted from weight loss to weight maintenance. In fact, he plans to add some weight back on—this time in the form of lean muscle. Once he does that, he says, he’ll start preparing for his next challenge: Completing a half-marathon.

“It’s nice to be able to continue to see where I can take it,” Erik said. “If I stop where I’m at and I maintain this level, I’m cool with that. If I take it a little further, which I plan to do, that will be great too.”

Many years ago, well before his weight loss journey began, Erik became a member of the Galowich Family YMCA Advisory Council. As a volunteer, he has been instrumental to the Y’s mission. Now—not only does Erik help spread the Y’s mission—he lives it.

Erik’s story will be featured in our 2016 Winter/Spring Program Guide, which is now available online.

#GivingTuesday is a day dedicated to giving back. Coinciding with the Thanksgiving Holiday and the kickoff of the holiday shopping season, #GivingTuesday’s goal is to inspire personal philanthropy, volunteerism, and encourage bigger, better and smarter giving during the holiday season. Taking place December 1—the Tuesday after Thanksgiving—#GivingTuesday will show that the world truly gives as good as it gets.

Yes! Your gift on #GivingTuesday will benefit our People Helping People Scholarship Program, which helps to ensure that no one is turned away from the Y due to the inability to pay. With your help, local families will have the opportunity to experience a variety of YMCA programs—from group fitness classes to before and after school programs, and everything in between. 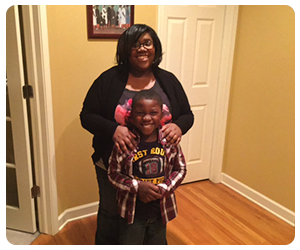 Seven-year-old Willis Terry is a true Y Kid. The Y is where he was first introduced to sports such as soccer and basketball. It’s where he and his Grandpa have made memories swimming in the pool. It’s the place that provides him with before and after school care each day.

“Based on the experiences that we’ve had at the YMCA, I would suggest it to anybody,” said Erin Davis, Willis’ mother. “For me, the biggest benefit has been the sense of security. The Y has the best child care that’s been offered to me. It works around your schedule and around your income. They understand that life happens.”

With the assistance of the Y’s scholarship program, Erin is able to send Willis to Kidz Zone at Walkers Grove Elementary School. A single parent, Erin works full-time as a restaurant manager, while also pursuing a bachelor’s degree in business management and human resources.

Because of the Y’s Kidz Zone programs, Erin can go to work each day knowing that Willis is in good hands. When she attends classes at night, she can rest assured that Willis has completed his schoolwork.

Erin credits the Y as a big part of Willis’ growth over the years. When he first came to the Y, Willis was typically pretty shy. Now, Erin says, Willis’ confidence and social skills are greatly improved.

“Compared to other care places, the YMCA has values to make sure that you see your child grow,” Erin said. “I don’t see the Y being out of our lives anytime soon. We’re going to be here a while.”

As a 501(c)(3) nonprofit charitable organization, the Greater Joliet Area YMCA provides hundreds of thousands of dollars in scholarship funds to those in need of financial assistance. To learn more about our People Helping People Scholarship Program, please contact your local branch.

Erin’s and Willis’ story will be featured in our 2016 Winter/Spring Program Guide, which is now available online. 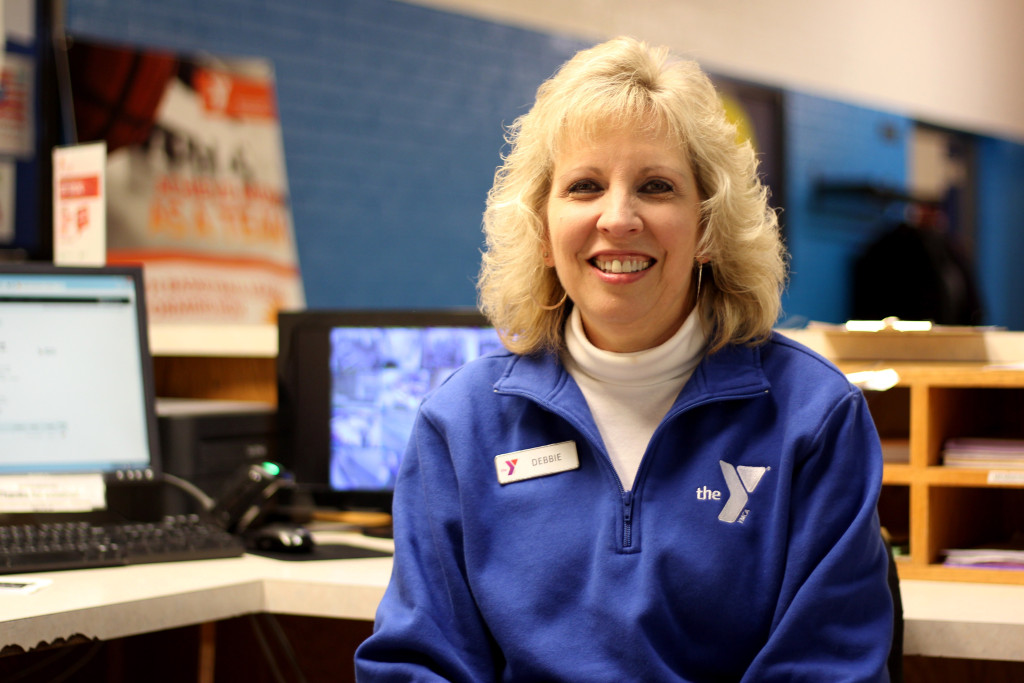 When and why did you get involved with the Y?
I initially got involved with the YMCA back in the mid-90s when my sons were involved in swimming lessons. I remember at that time, my first impression of the Y was it being a very warm and friendly place with lots of activity—not to mention the great swim lessons my sons received. Back then, I thought that if I ever had the chance, I wanted to work at the Y.

I started working for the Y in July of 2011. My background experience is secretarial/customer service. I currently work the Front Desk at the Galowich YMCA and I am also the Athletic Secretary at Joliet Catholic Academy.

What are you passionate about?
I am most passionate about representing my employer to the best of my ability—professionally, enthusiastically and always making people feel welcomed and important. Great customer service leaves a lasting impression and can make a difference in someone’s day.

What’s the best part about your job?
The best part of my job is making my Y family and friends smile! Whether it is a simple hello, asking someone how they are doing, or just giving them a pat on the back. Receiving a smile is so rewarding! 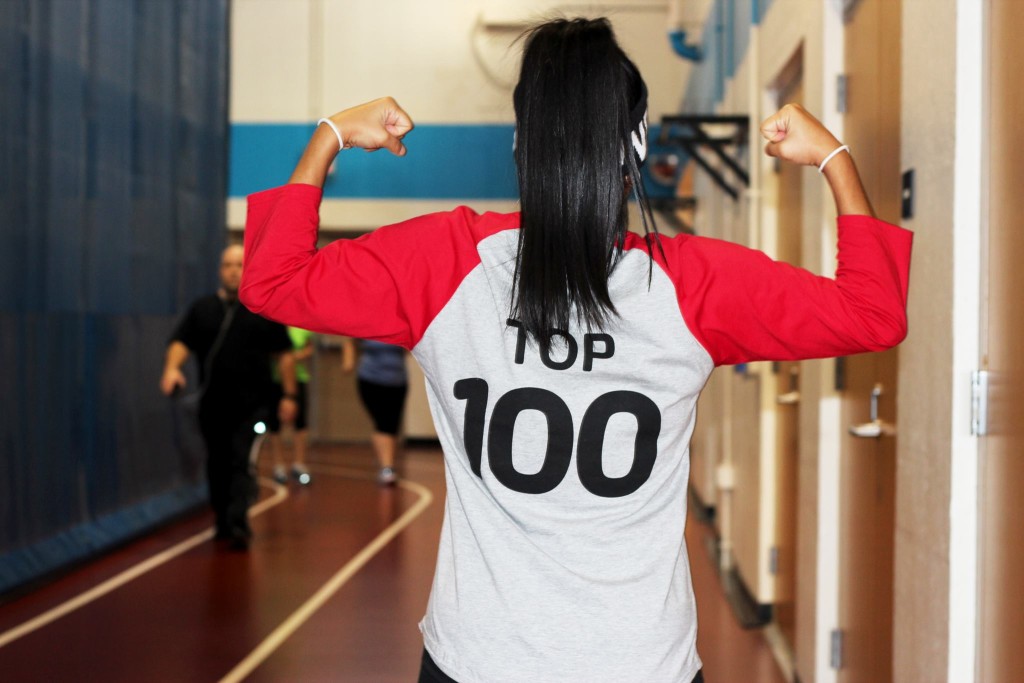 On Friday, the Chicago Tribune recognized the Greater Joliet Area YMCA as a Top 100 Workplace. A first time Top 100 Workplace honoree, the Y has been serving families in Will, Grundy and Kendall Counties for more than 85 years.

Read an excerpt from the Chicago Tribune’s feature below:

The Greater Joliet Area YMCA, which employs about 400 people at its locations in Joliet, Plainfield and Morris, ranked 19th among midsize companies in the Tribune’s list of top workplaces, according to Exton, Pa.-based consultancy WorkplaceDynamics. Its positivity score improved 12 percent over last year, among the highest on the list.

Sarah Porzel, the family and community engagement director at the Morris branch, said she has been impressed by the leadership’s emphasis on training.

“Seeing how much the leadership cared about our professional development made me want to take all the trainings and be prepared for the next roles,” said Porzel, who just assumed her fourth role at the Y in her three years working there full time.

END_OF_DOCUMENT_TOKEN_TO_BE_REPLACED 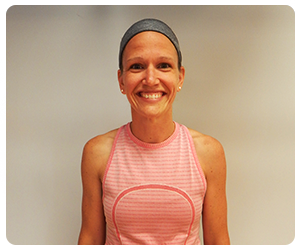 When and why did you get involved with the Y?
My kids were always involved in Y activities, so when the Y opened in Morris, I thought it would be the perfect place to work. I started working here in January 2015 and have enjoyed every moment since. The Y has a great family atmosphere and offers something for everyone.

What can you tell us about your background and experience?
Since moving here from Switzerland 16 years ago, I’ve had several office jobs. But over the past few years, I’ve become more interested in the fitness industry. So, last fall, I decided to get certified as a Group Fitness Instructor. Then, in summer 2015, I added a certification as a Personal Trainer.

What’s the best part about working here at the Y?
I enjoy being around people and meeting new members everyday. I love to challenge my class members and see them progress daily.

What’s one thing most people don’t know about you?
I was born in Morris, raised in Switzerland and have a weakness for chocolate.