You are here: Home / Archives for Family Activities

The Y’s virtual summer session runs from June 8 to July 3 and will include a variety of free events and classes for members of all ages. You can check out these free programming options below.

Please note: For classes and events where registration is required, Zoom meeting information and supply lists will be sent to registered individuals and families prior to the start of the program.

FUN FOR THE ENTIRE FAMILY

Check out a thrilling, virtual show from magician Gary Kantor. Gary’s magic has been enjoyed by over 100,000 children over the years. The show is packed with vanishing acts, mind-reading tricks, and a variety of hilarious tricks that will have children rolling on the floor with laughter. And after the show, Gary will also teach kids how to do a trick of their very own. The show is appropriate for all ages. Zoom Information can be found below.

Do you think you can fill your card first? Join us for a night of fun on Zoom as families race to be the first to yell out “BINGO!”

Compete in ‘Win It in a Minute’ challenges for the whole family!

What do you know? Join us for some fun trivia! Categories will cover all topics with age appropriate degree of difficulty.

FUN FOR ADULTS AND SENIORS

Sign up to learn more about how to best use Google Drive, Google Docs and Google Sheets with our volunteer Google Certified Educator.

Join our virtual ladies night to socialize, unwind and pamper yourself!

Join our virtual ladies night to socialize, unwind and pamper yourself!

Your registration fee includes an 11”x14” canvas, paint, and instruction. Paint brushes are available for an additional $12 fee. Supplies will be available for pick-up on Monday, June 8 from 4-6 p.m. at your local YMCA branch. Zoom login information will be provided to each registered participant when they pick up their supplies.

Each session is limited to 10 participants, and due to the cost of materials, no discounts will be applied to the program fee. Don’t delay- register today!

Juli Mirabile has a bachelor’s degree in Fine Arts and been teaching painting for more than five years at the Painted Giraffe Studio in Westmont. Juli has also taught several painting classes at the Morris Community YMCA and the C.W. Avery Family YMCA in recent years. 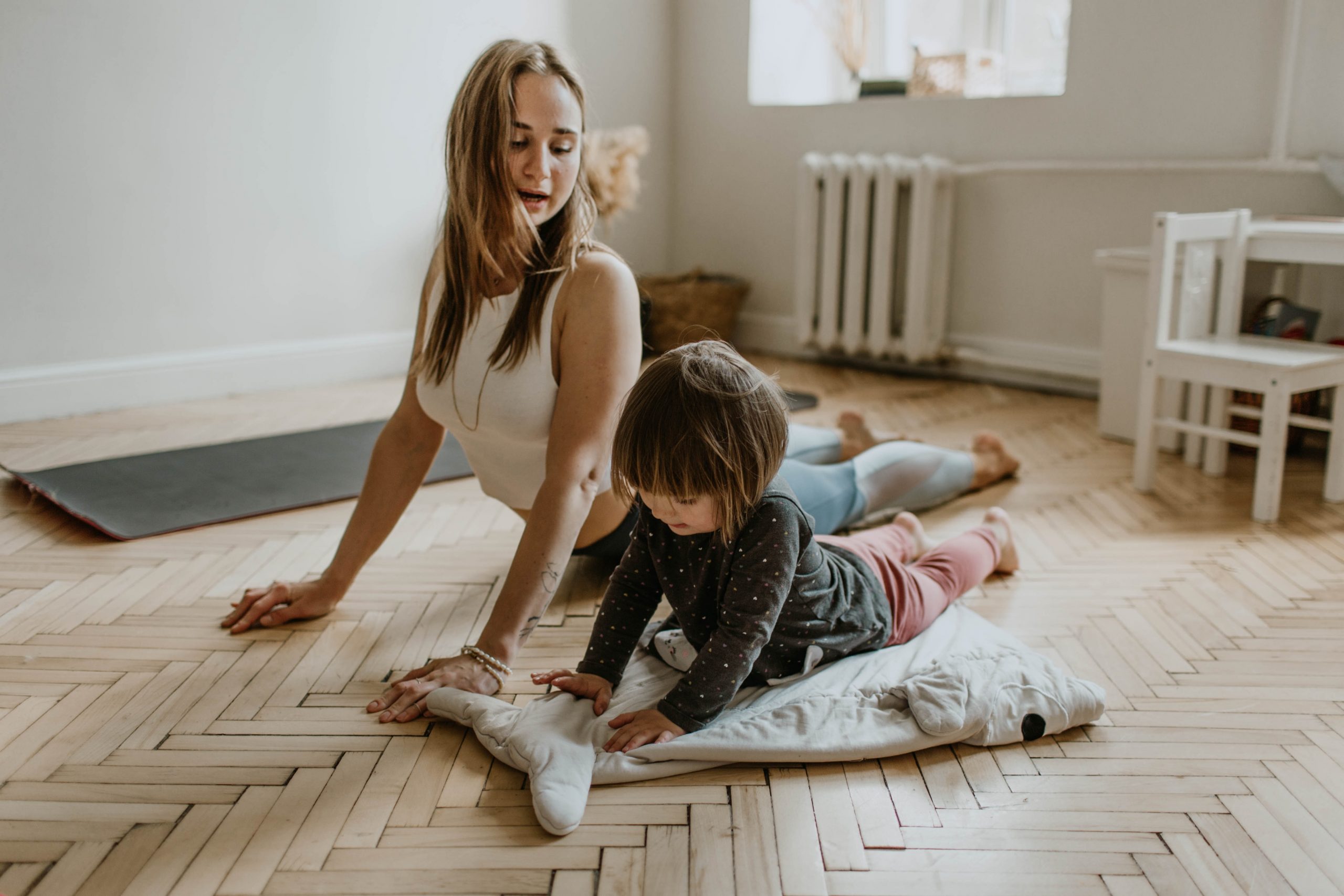 At the Y, we are dedicated to keeping our Y community healthy and active during this closure. If you find yourself at home searching for ways to stay committed to your exercise routine, check out these easy at-home workouts:

Staying active at home can be easy when you focus on basic exercises, including planks, push-ups, bicycles, and burpees, among others. Any activity to keep you moving is great!

Yoga is the perfect mind-body workout that helps to improve flexibility, strength, and energy. And, during stressful times, yoga can help to soothe your worries.

Give yourself a great high-intensity workout in the comfort of your home. HIIT exercises are an excellent way to get a fast and efficient workout.  For an excellent HIIT workout, check out this great article, that will walk you through a HIIT routine.

Online fitness classes are a great way to stay active and keep a sense of community, which is why the Greater Joliet Area YMCA is excited to offer virtual fitness classes via Facebook live. On select days throughout the week, the Y will offer different fitness classes that you can do in the comforts of your own home. Be sure to follow our Facebook pages and visit our website often for updates regarding upcoming Facebook Live events.

You can also participate in free online group exercise classes via Y360. These free online classes will be available via YouTube for the duration of our COVID-19-related closure. To get started, click here.

If you’re looking for more ideas on how to stay active at home, be sure to head over to the Y’s Pinterest page.

The Y wants to help you celebrate Easter and we have a series of exciting family events planned for this spring! All events listed are free and open to the community.

March 27
Evening with the Easter Bunny

We have an egg-stravagant Easter celebration in the works! Activities will include a flashlight Easter Egg Hunt, fun games and photos with the Easter Bunny! Please consider bringing non-perishable food items to be donated to a local food pantry.

Hop into the Y for a fun-filled afternoon to kick-off your Easter celebrations! Participants will enjoy an Easter Egg Hunt, crafts, games, face painting and a visit from the Easter Bunny. Be sure to get your picture taken!

April 5
Afternoon with the Easter Bunny

Come on out and enjoy a fun Easter themed afternoon with other Y families! Be sure to get your pictures taken with the Easter Bunny. The Easter Egg Hunt will begin promptly at 12:15 p.m.

Join us for an Easter celebration! Festivities will include Easter crafts and Easter Egg Hunts (on land and in the water). Be sure to take a picture with the Easter Bunny! 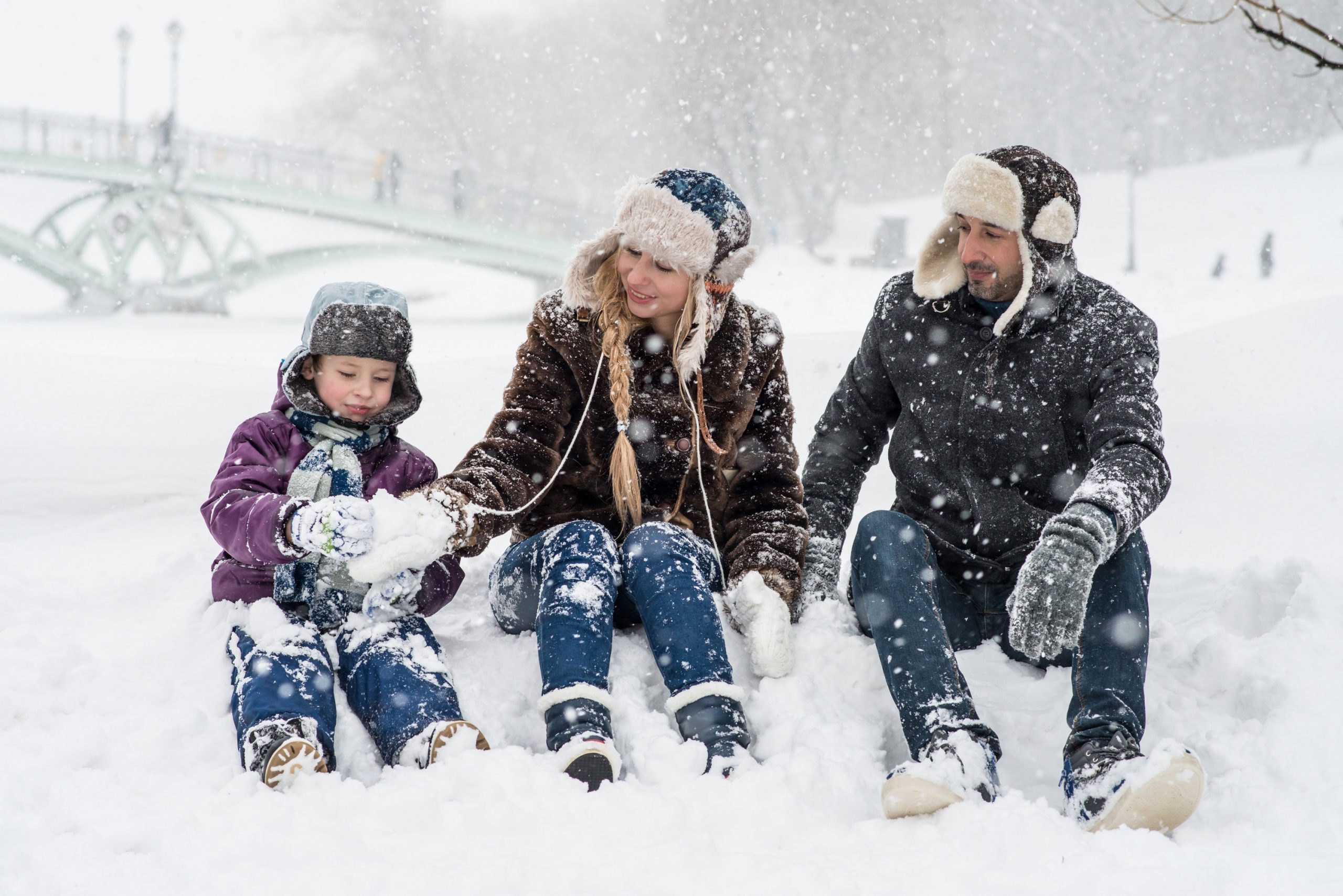 It may be cold outside, but don’t let the chilly weather keep you and your loved ones from enjoying family-friendly outdoor activities. With the proper outdoor attire, every member of your family can enjoy a variety of fun fitness activities during the winter months.

As you begin to make your family’s winter break plans, you may want bundle up and have some fun with these winter-themed activities:

Play in the Snow

Make the most out of a snow day and take the family outdoors for some fun in the snow. From building a snowman to an old-fashioned snowball fight, you and your loved ones can have a great time staying active.

Throughout the winter season, you may notice several pop-up outdoor ice rinks.  Ice skating is a great winter exercise that is sure to burn quite a few calories. Consider gathering your friends and family and taking a trip to the rink.

Head to the Sledding Hill

After a good snowfall, head to your local sledding hill. Sledding is an exciting activity for the whole family and it’s a great aerobic activity.

For additional outdoor activities, check out the full article, courtesy of Everyday Health.

The Y has a long and proud history of serving the city of Joliet and the surrounding communities. This holiday season, area residents can explore that legacy by visiting the YMCA exhibit at the Joliet Area Historical Museum, located in downtown Joliet.

In preparing items to showcase, the Y rediscovered several pieces of memorabilia that connect to the earliest stages of its operations in Joliet, many of which are now on display. Highlights include a book containing the Joliet YMCA’s first charter as well as a light fixture from the original downtown location.

Heather Bigeck, Museum Curator of Collections, said the museum was happy to play a role in sharing the Y’s story as a part of its dedication to showcasing important community organizations.

“The museum thought of this concept to work with various community groups to do what we call a community case display about a year ago,” Bigeck said. “One of our board members, Nick Macris, happens to be a board member at the YMCA. A while back, he had asked if we had any material history on the Y. We had a couple early photos, but that was about it.”

Nick Macris, who serves on the Y’s Metropolitan Board of Directors, said the opportunity was a great way to demonstrate the YMCA’s lasting presence in the Joliet area.

“The YMCA has been a part of Joliet’s culture for over 90 years and provides valuable services to the Joliet community. We want to ensure that the community continues to be aware that we have been a contributor to the city’s growth and development,” he said.

“It’s really nice to be able to work with organizations who have maintained their physical artifacts and be able to put them on display,” Bigeck said. “Some of the members found these wonderful materials in their collections.”

Visitors can also learn about the Y’s evolution through the years.

“There is a framed collage that presents each of the expansions of the Y over time,” Bigeck said. “The Y is important because it is a community partner not only with other institutions but with community members themselves. It has always been an organization focused on bringing families together and giving kids something to do outside of the school system.”

And, as LeClair notes, the bonds the Y has built with the community aren’t limited to the confines of a display case.

“Artifacts can help us remember, but the relationships formed through Y service, programs and membership will also live on in memories for generations,” Leclair said.

The Y’s exhibit at the Joliet Area Historical Museum will be on display through the end of December. To learn more about the museum, click here.