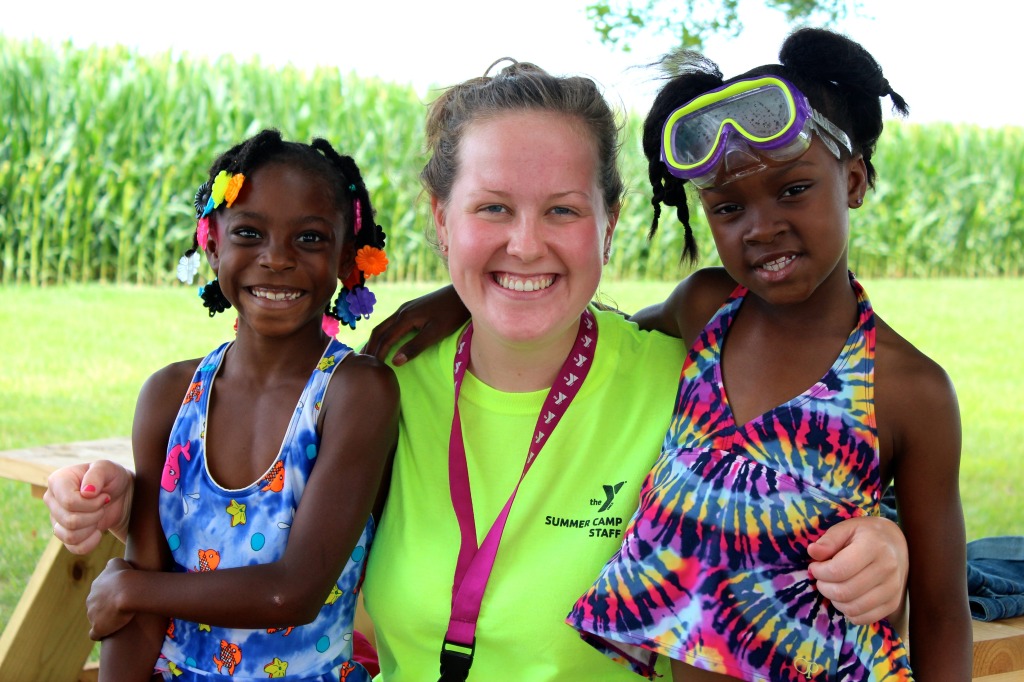 The Greater Joliet Area YMCA has been selected by the Chicago Tribune as a Top Workplace in 2014. The Joliet Y proudly employees more than 400 people that serve at three branches throughout Will County. As an organization, we couldn’t be more excited to share this news!

“I make a difference in people’s lives. Putting smiles on members’ faces, etc. Interacting with members.”

“It gives me the opportunity to help children grow and form into the individuals they are meant to be.”

“The Y has values, they are motivated to keep growing and serving the community in every area, great benefits, good pay, flexible schedules, I feel appreciated.”

More than 225 Chicago-area companies participated in the Trib’s survey, but only a select group were recognized. For more information, head to the Tribune’s website.

#GivingTuesday is a day dedicated to giving back. Coinciding with the Thanksgiving Holiday and the kickoff of the holiday shopping season, #GivingTuesday’s goal is to inspire personal philanthropy, volunteerism, and encourage bigger, better and smarter giving during the holiday season. Taking place December 2—the Tuesday after Thanksgiving—#GivingTuesday will show that the world truly gives as good as it gets.

Yes! Your gift on #GivingTuesday will benefit our People Helping People Scholarship Program, which helps to ensure that no one is turned away form the Y due to the inability to pay. With your help, local families will have the opportunity to experience a variety of YMCA programs—from group fitness classes to before and after school programs, and everything in between.

What is the Impact of my Gift?

Every gift matters. Everyone has a role to play. Together, we can achieve so much more. 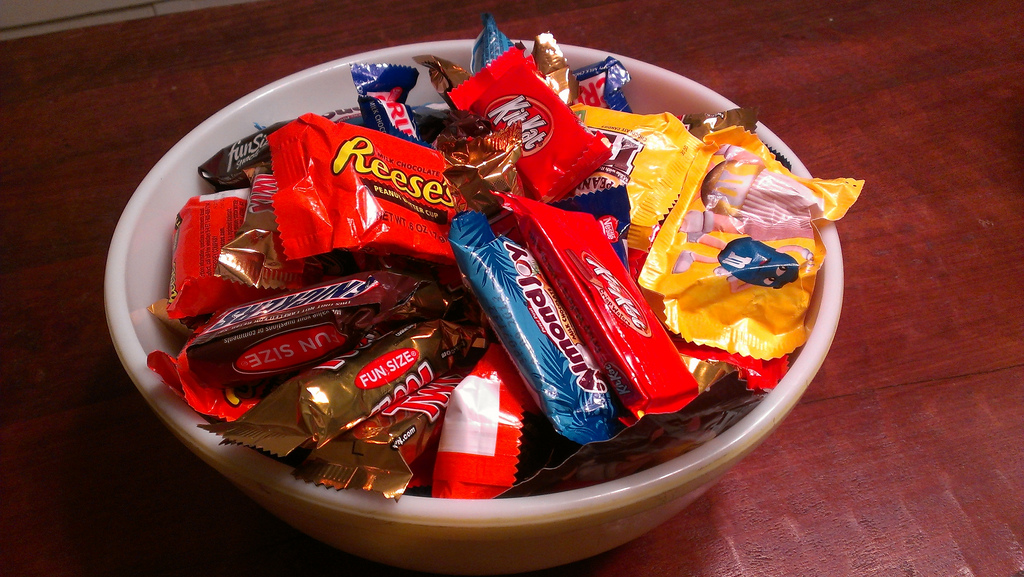 Of course it’s okay to enjoy a treat every now and then. But all too often one treat becomes a handful. And one night of letting your guard down becomes every night. There’s nothing wrong with enjoying a moderate amount of candy on Halloween, so no need to feel guilty if you did! However, now that Halloween is past, are you still snatching bars of candy here and there? If your office has a bowl out in the open, or if your kids’ haul is sitting in the pantry, you could run into some trouble.

If you’ve already gotten rid of the Halloween candy, and think you’re safe: Beware! You’re only in the clear for a few more weeks until the Christmas candy appears. We are entering the three-month long season of treats and candy, and these guidelines can help you navigate through it all.

If you aren’t paying attention, it is very easy to mindlessly overeat all that easily accessible candy for several reasons:

Studies (source below) have shown that we eat more when there is more variety. The most extreme example of this is a huge all-you-can-eat buffet. When given hundreds of different choices, we simply can’t narrow it down to one modestly sized plate of food. The same goes for Halloween candy. The assortment leads you to overeat. If you had a bowl of nothing but Hershey Kisses, you might have a few and then be done. But with the wide variety of textures, tastes, and flavors, it’s hard to stop at a modest 100-calories worth.

You probably wouldn’t mindlessly grab a full-size Snickers bar on your way through the break room or your kitchen. However, those “fun size” bars seem less significant, and we easily rationalize that such a little amount won’t make a difference. Consider, however, that there are only THREE fun-size Snickers in a full-size bar. How easy is it to accidentally or mindlessly go through well over three fun-size candy bars throughout your day or evening.

It’s very easy to give ourselves a break because Halloween only comes once a year. That’s true – and it ended when the clock struck midnight on Halloween night. Rationalizing poor food choices because of special occasions can become very problematic when that special occasion lasts a week, a month, or a whole season.

END_OF_DOCUMENT_TOKEN_TO_BE_REPLACED 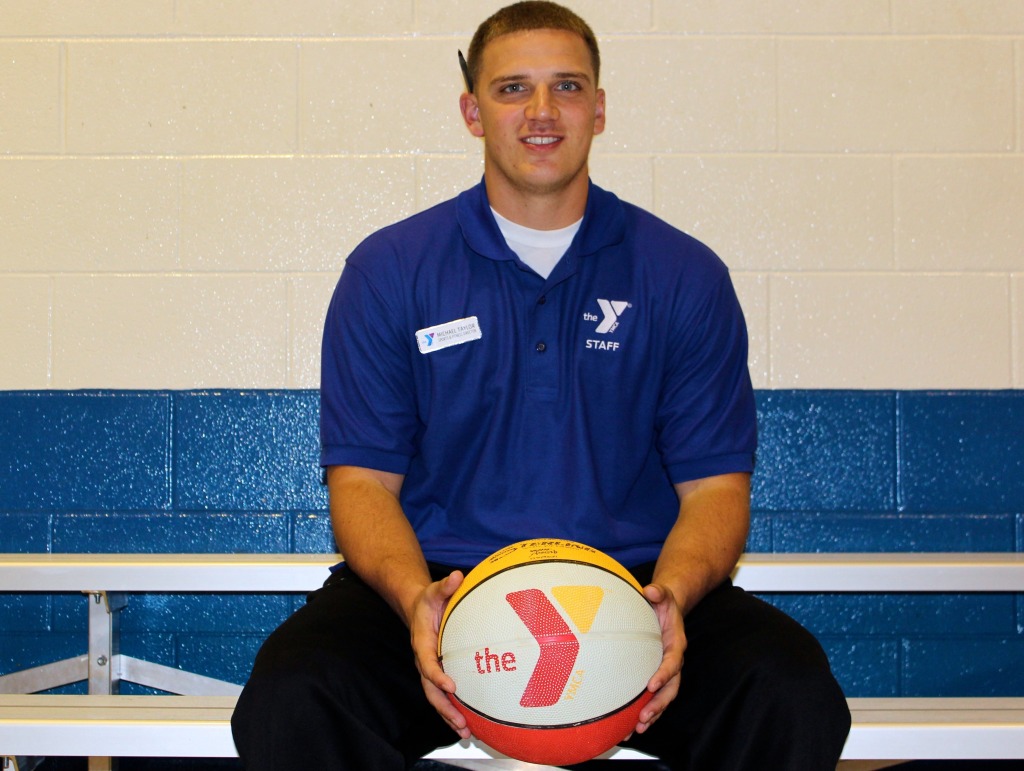 Michael Taylor is the first Sports and Fitness Director in Galowich Family YMCA history. With an impressive background in sports, Michael is sure to make a huge impact in his new position. Learn more about his career with the Y, his plans for the future and more:

What was your role over there?
I did sports classes, camps, refereeing—anything of that nature. Then in the Youth and Family Department, I did Kidz Zone and Summer Camp. Then I transferred back to Sports to do a little internship there, where I did equipment managing and had responsibilities other than just teaching.

Now that you’re here at Galowich, what do you have in mind for the future?
We’re building the Sports Department from the ground up. Our main thing right now is Youth Basketball. But I’d also like to add a Spring Soccer League and even bring in Flag Football. That’s a big one at Avery. I also want to start implementing morning classes for the smaller kids. From a fitness standpoint, I want to build from the classes we have now. We’re eventually going to add Insanity.

What’s your favorite sport?
Basketball’s my favorite sport. I like football a lot. Baseball’s cool when the playoffs come around, but the games are too long for me [laughter]. I like boxing.

You played basketball in college, right? Tell us about that.
I played basketball a year at JJC [Joliet Junior College] down the street [from the Galowich Family YMCA]. Then I transferred to Trinity Christian College and played ball there. I played point guard, and I played shooting guard here and there, too. We had a couple of 20-win seasons. And I finished my degree in Sports and Exercise Studies with a minor in Psychology and Coaching.

Did you play any other sports growing up?
Yeah, I played football. I played basketball, baseball, soccer…I played them all. In high school, I did basketball and track.

Do you still play basketball?
Oh yeah—I’m in a couple adult leagues. Then I play at open gyms and stuff like that, so I’m playing basketball a lot.

Bulls fan?
Definitely. I’m excited to see what Derrick does this year. People might hate this, but I like LeBron. So I’m leaning with the Cavs a little bit too.

Two years ago, I had an epiphany. 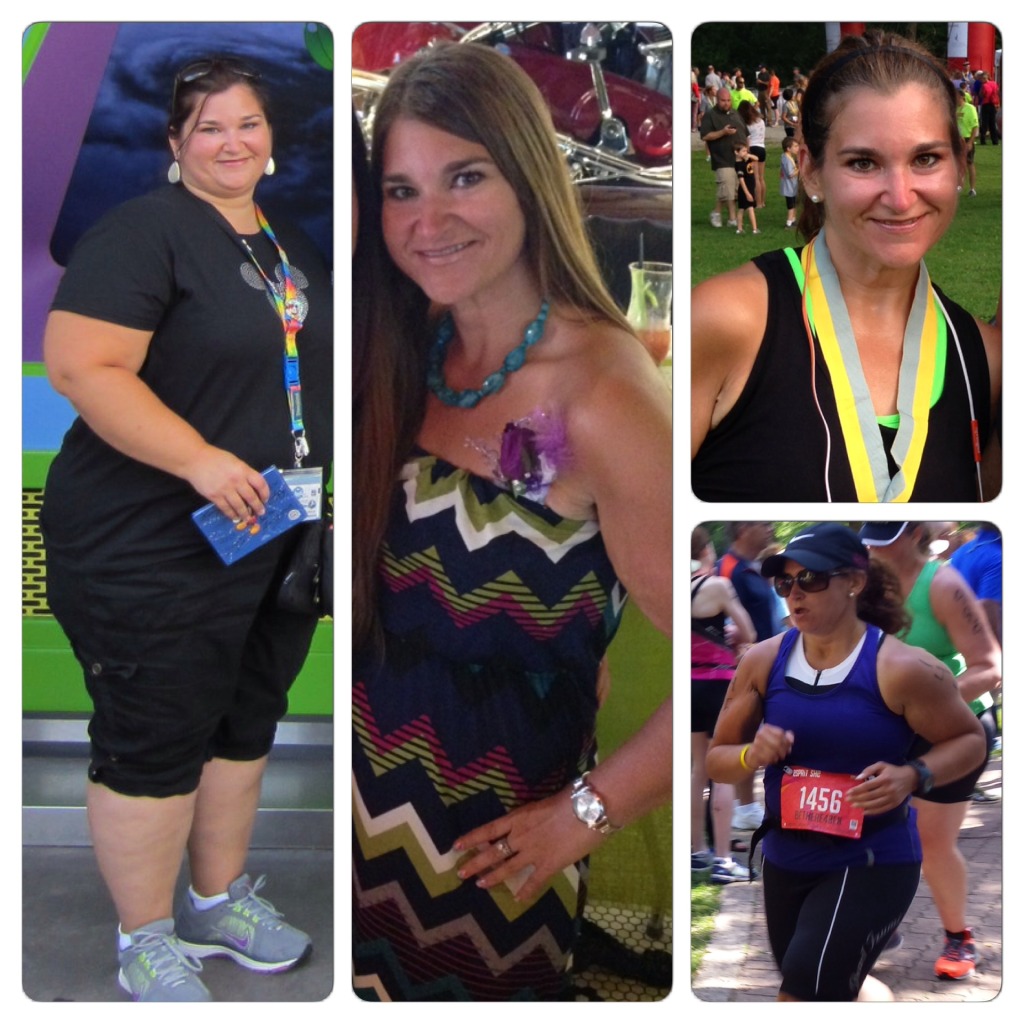 I realized that I was purely existing and not truly living. I had a three-year old son that I needed to take care of and I didn’t feel like I was doing my best by being a good role model for him. I grew up an overweight child and it pained me that still, at age 36, I hadn’t yet figured out how to be healthy.

I almost always had the desire to be a healthy person, so much so that I majored in Health Studies in college and graduated with honors, although I could never get it to work in my life. One day, while driving, I thought to myself that I would probably be dead by 40 if I didn’t truly change my life. I decided that I needed to “Be There For Ben,” and from that day on, that has been my mantra and my motivation.

My journey began when I read about the Y’s Weight Loss Challenge Program in their program guide. See, I had been a member for years, but I only worked out a handful of times during those years. I used our membership primarily for the wonderful children’s programming. This time around though, I wanted to to make time for me. After all, if I wanted my family to be healthy, it had to start with me. So I registered for the class and, even though I was terrified, I took the biggest and hardest step of my life—walking through those doors. By doing so, I met Kevin and Lisa Hir, who, while I did not know it at the time, would change my life forever.

Their Weight Loss Challenge class was incredible. They are the “no nonsense, no excuses”-type but they GOT IT. They both had personal, compelling success stories that resonated with me. I knew I had to be willing to change if I wanted to have a better life for my family and me, so I committed to doing what they said, even if I didn’t want to for the entire 12-week program. This meant following a certain food plan and journaling everything I ate.

It also included weekly weigh-ins, an education session on nutrition and exercise and, lastly, weekly group workouts. With our first workout, Kevin led us in a HIIT (high-intensity interval training) style workout and I was terrified. I honestly did not think that I would be able to finish. He showed us modifications and, somehow, some way, I did it. After class, we huddled as a team and he told us he was PROUD of us. I broke down in tears. That was a life changing night for me.

END_OF_DOCUMENT_TOKEN_TO_BE_REPLACED 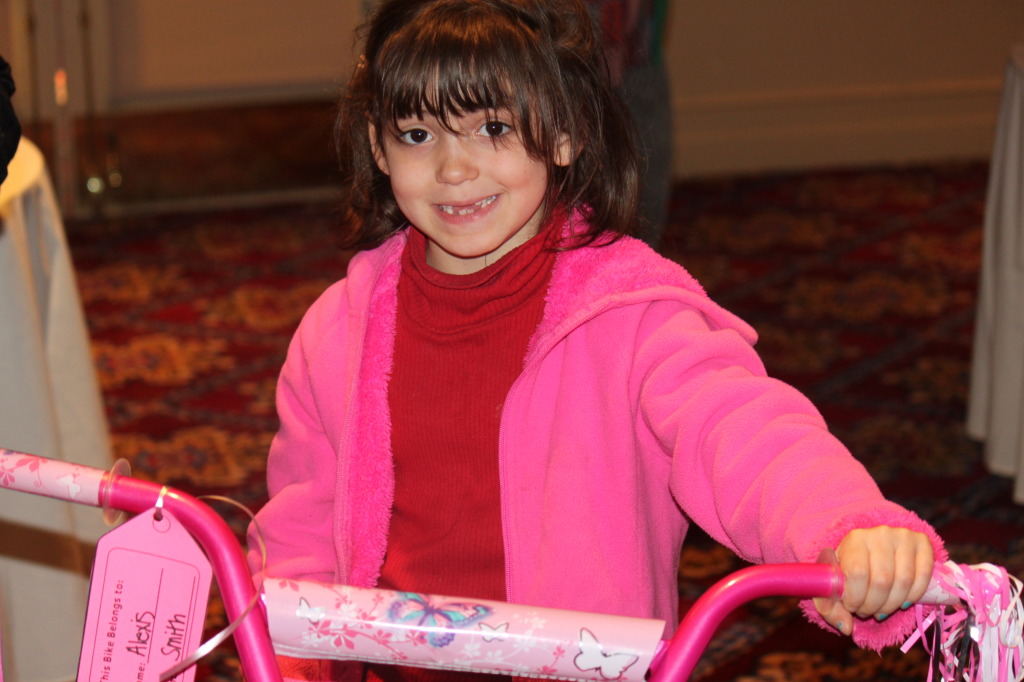 A truly special moment occurred last week when 22 of the Y’s After School participants received free bicycles built by Diageo staff members. The children received their brand-new bikes as a surprise during Diageo’s Midwest Annual meeting at the Bolingbrook Golf Club.

A special thanks goes out to Mr. Mike Hennessy of the United Way of Will County for coordinating this effort, along with Jordan Roberson-Taylor, Steve Harris, Patrick Krakar and, of course, the entire Diageo staff. Additional thanks go out to the Y staff that helped make this possible: Miss Marlene, Miss Carmen, Miss Jamie, Miss Kate, Miss Dori, Miss Tina and Miss Sara.