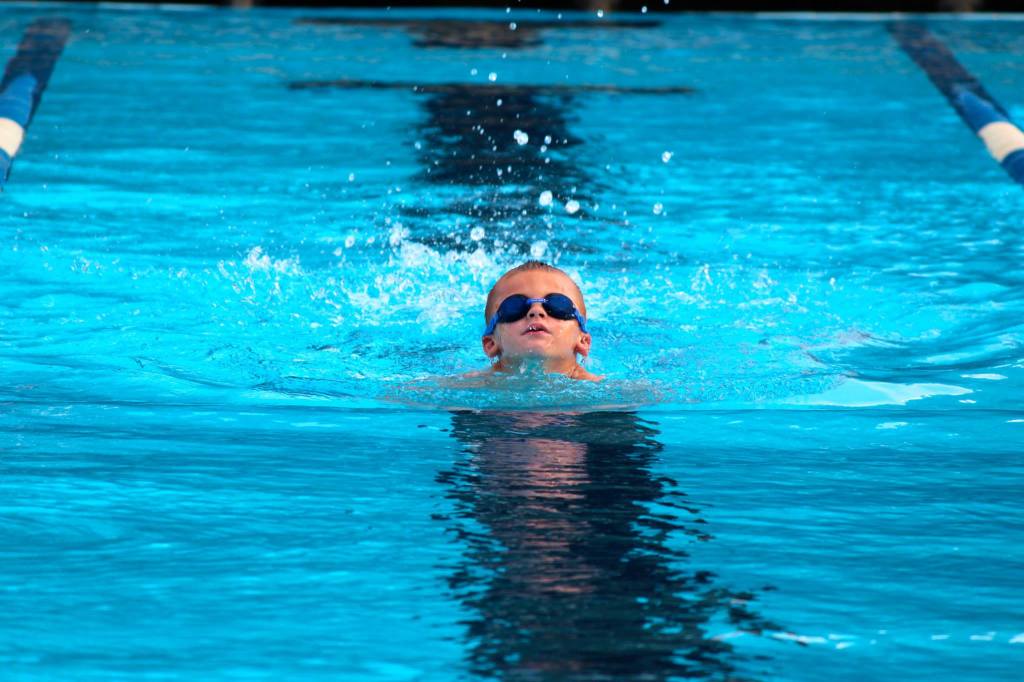 Members of the Joliet Y JETS Swim Team gathered at the Joliet Country Club yesterday for a swim-a-thon—an event where athletes swim as many laps as possible in a given timeframe in order to raise money for a cause.

For one hour, swimmers put their skills to use, swimming lap after lap. To add a little family fun, they had the option to tag in a family member when they needed a break, allowing moms and dads (and brothers and sisters) to join the fun. More photos from the event can be found here.

A portion of the event’s proceeds will be donated to the Greater Joliet Area YMCA’s Annual Giving Campaign, which provides financial assistance to Y members who need it most. To donate to the Y’s Annual Campaign, please visit our website.

The Joliet Y Jets Swim Team is a year-round program that offers instruction and training to all swimmers, ages six and up, from beginners to elite. They are both a YMCA and USA Swimming club, which means swimmers get the opportunity to compete in a wide variety of meets, although competition is not mandatory. To learn how to get involved, please click here. 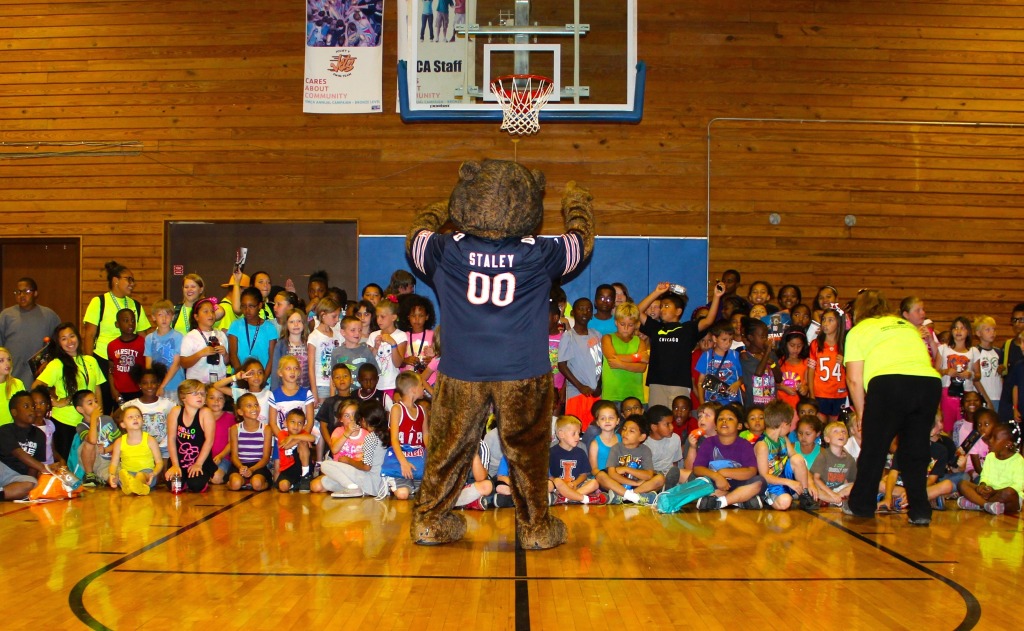 In an effort to educate campers about bullying, Staley Da Bear, the official mascot of the Chicago Bears, paid a visit to the Galowich Family YMCA. Staley and an emcee led an anti-bullying demonstration known as “Bear Down on Bullies”—where campers engaged in hands-on activities to learn about the importance of respect and how to deal with and prevent bullying.

Staley had quite the sense of humor, so the kids had a blast learning about the five types of bullies: Big-mouth bully, hands-on bully, butt-out bully, cyber-bully, and all-around bully.

At the end of the presentation, the campers were presented with a player-autographed “Bear Down on Bullies” banner to display within the Y.

With the beginning of the school year just around the corner, parents are encouraged to talk with their children about bullying. For more information about bullying, including tips on how you can talk with your child, please visit www.stopbullying.gov. 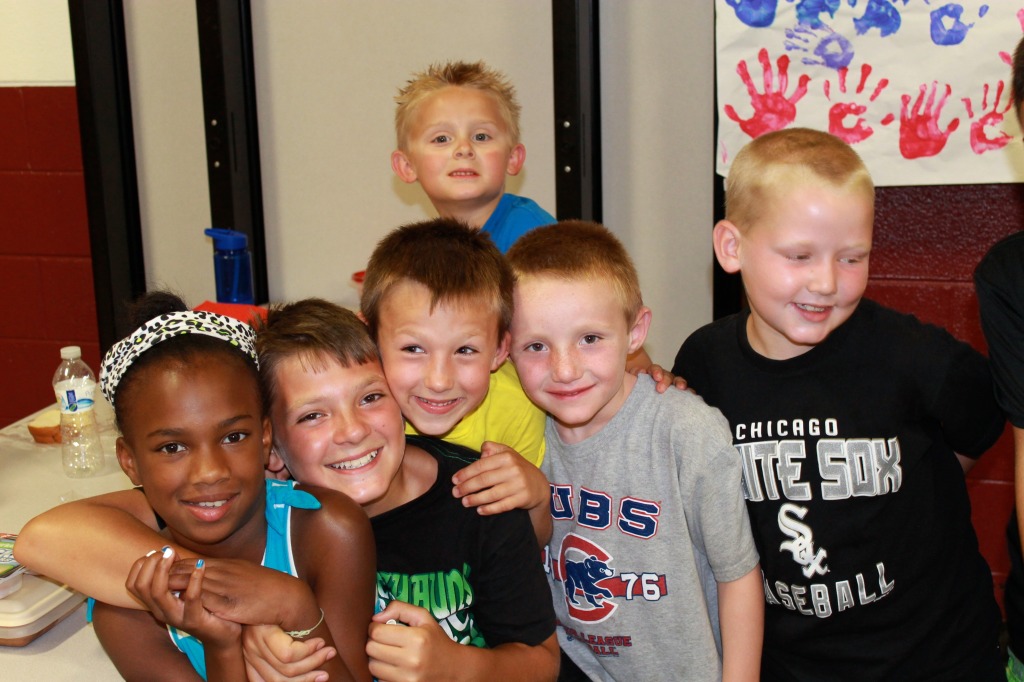 We have great news to share with our local supporters now that it’s official! Last night, the Morris City Council approved a lease agreement with the Morris Community YMCA to occupy the former city hall located at 320 Wauponsee Street.

This will become the first physical presence for the Y in Grundy County, and we are looking forward to introducing a variety of new programs to the community from within the walls of this space.

This milestone marks the first of many steps toward the progress of opening a full YMCA facility to serve the residents of Morris and Grundy County. We appreciate your support of our programs and are excited to have a new home base to serve our members and volunteers.

Over the next several months we hope to share more updates about our future plans. In the meantime, if you’d like to provide feedback on the Morris Community YMCA, please contact Operations Director Missy Durkin via email at [email protected] 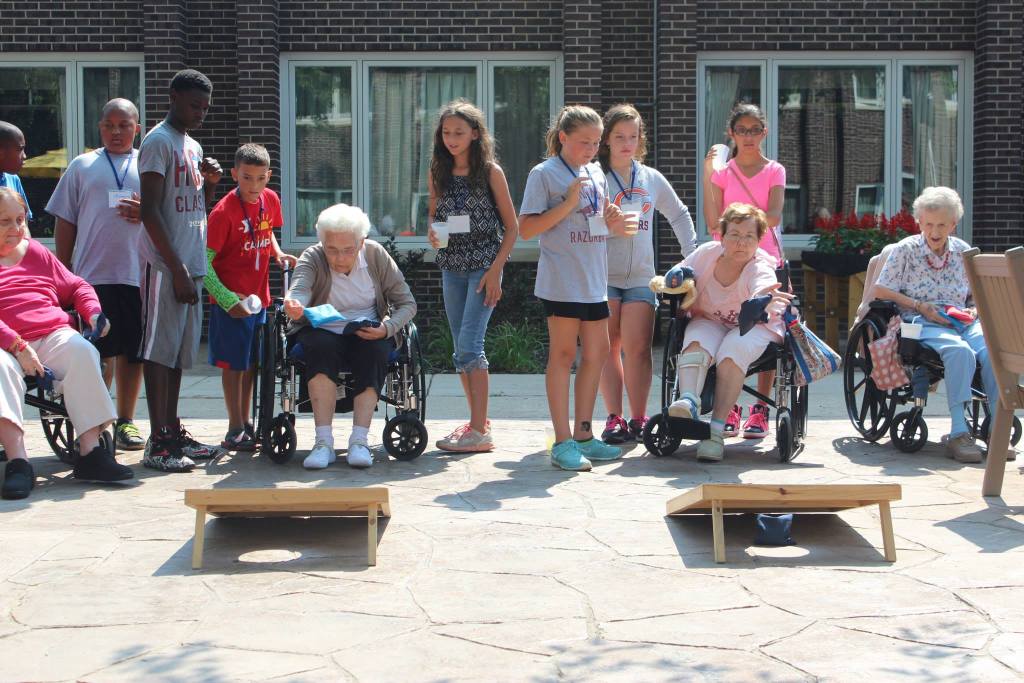 All summer long, a group of Galowich YMCA campers has been volunteering at Sunny Hill Nursing Home in Joliet. Twice per month, 25 campers (in grades 6-8) and four Y staffers have visited the facility to keep the residents company and have some fun along the way.

“After their first day there, they loved it,” Youth and Family Manager Lynette Soto said, with an emphasis on the word ‘loved’. “They wanted to keep going back. They were always asking me ‘Miss Lynette, when are we going back?’”

When they returned, Miss Lynette noticed the children’s social skills were thriving more than ever.

“They would go up to residents and introduce themselves,” she said. “Their confidence went through the roof. There was no coaching by the counselors or myself. They just recognized that this was serious and this was something big that they were doing.”

In late June, the campers crafted colorful banners to decorate the facility in preparation for Independence Day. Towards the end of July, they had an outdoor party that included a variety of games and some refreshments.

“I couldn’t be more proud of them,” she said. 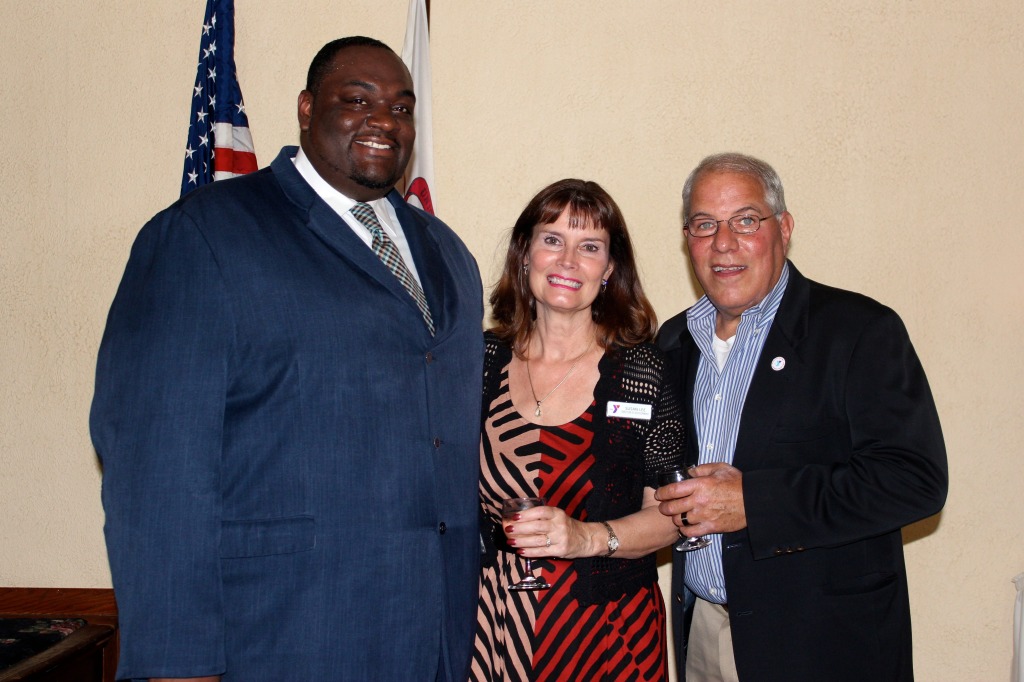 For more than a decade, Sue Lee of the Greater Joliet Area YMCA has embodied the spirit and mission of the YMCA to the fullest. She has been instrumental to the Y’s growth in many different roles: As a swim team parent, as a board member and as the Y’s Director of Major Gifts and Planned Giving. Sue’s tenure as a staff member, however, will soon come to a bittersweet end when she retires at the end of July.

Sue’s family, friends and colleagues came together Thursday at the Gathering Room of the Jacob Henry Mansion Estate in Joliet, to celebrate her illustrious career and share praise for her dedicated work. Hors d’oeuvres were served, drinks were poured and commemorative cookies were made for the 70 guests that attended.

Guests included a number of volunteers, staff and friends of the Y, including President and CEO of the Joliet YMCA, Jim Watts, and YMCA Annual Campaign Co-Chairs, Christopher Parker and Nick Macris.

During an emotional farewell speech, Sue graciously thanked colleagues, co-workers and, of course, her family. Her husband, Michael, and two daughters, Christina and Missy, were in attendance.  Afterward, many attendees shared stories and gave thanks to the guest of honor.

Sue, who has led a number of successful fundraising campaigns for the Y, will be greatly missed. Although she insists that when she isn’t spending time with her family, she will continue to be an ambassador for the Y as a volunteer. 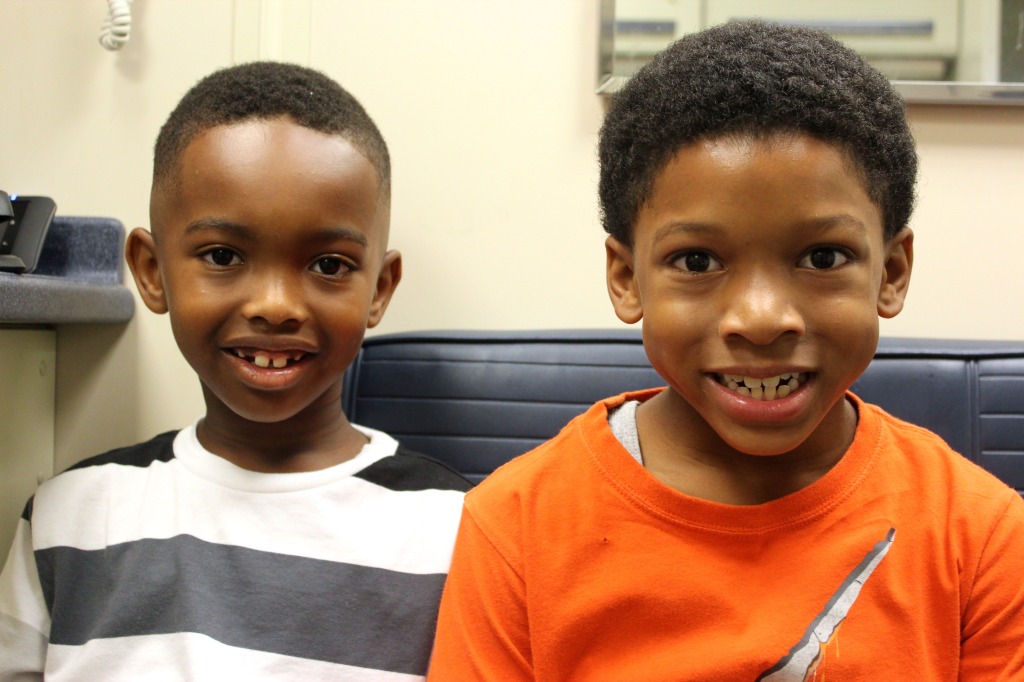 Smiles are wider—and shinier—than ever at YMCA summer day camp this week. Thanks to the folks with Will County Community Health Services, campers at the Smith and Central City YMCAs received free dental service on Tuesday and Wednesday.

The county’s dental van, which resembles that of a tour bus, took temporary real estate at our camps, providing teeth cleanings for 26 Smith campers and 16 Central City campers.

Inside the dental bus, it felt just like a normal dentist office—perhaps even less intimidating. When you walked through the door, there was a small waiting area with a TV on the wall. To the left, there were two dental chairs complete with all the usual tools and accessories needed to provide a thorough cleaning.

The dental staff was both patient and friendly. We are very grateful our campers were given such an excellent opportunity!