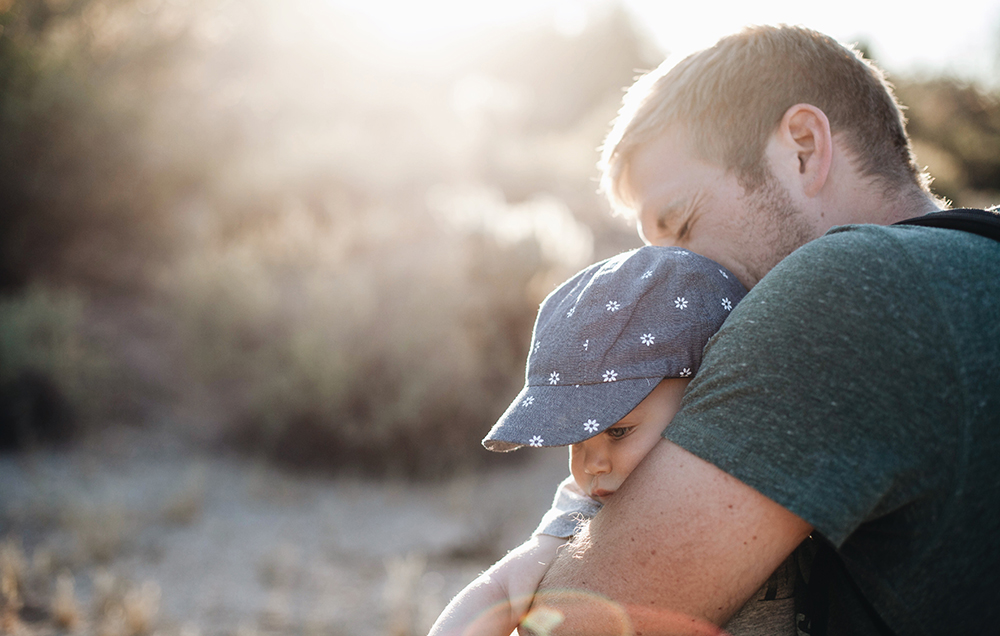 Over 100 years ago, while listening to a Mother’s Day sermon, Sonora Louis Smart Dodd wondered why there was no similar holiday for fathers. One of six children, Dodd’s father was a single father and she felt he and others deserved to be honored. After securing support from ministers in Spokane, Wash., her idea came to fruition with the first Father’s Day celebration at the Spokane YMCA on June 19, 1910. Many years passed before the day became a national holiday, but today we use the day to honor the fathers and father figures in our lives.

On Sunday, June 17, the Greater Joliet Area YMCA joins the nation in celebrating Father’s Day and recognizing the influence fathers and adult male role models have on children’s lives. According to the U.S. Census Bureau, 24 million—or one in three—children live without their biological fathers. Societal factors such as unemployment, work-life balance or a lack of resources can affect a father’s ability to seek support in strengthening his parenting skills and becoming more engaged in the lives of his children. The Y, a leading nonprofit in fostering positive youth development, is dedicated to providing both resources and opportunities for fathers to further involve themselves in the well-being and development of their children.

Studies show that children with close relationships with their fathers and other adult male role models have more self-confidence and exhibit less depression, perform better academically and engage in significantly less drug and alcohol use. In communities across the country, the Y is committed to ensuring that the nine million children and teens in YMCA programs reach their full potential by helping them grow—physically, mentally and socially—from young children into active, engaged members of their communities. To learn more about programs and activities available at the Y, click here. 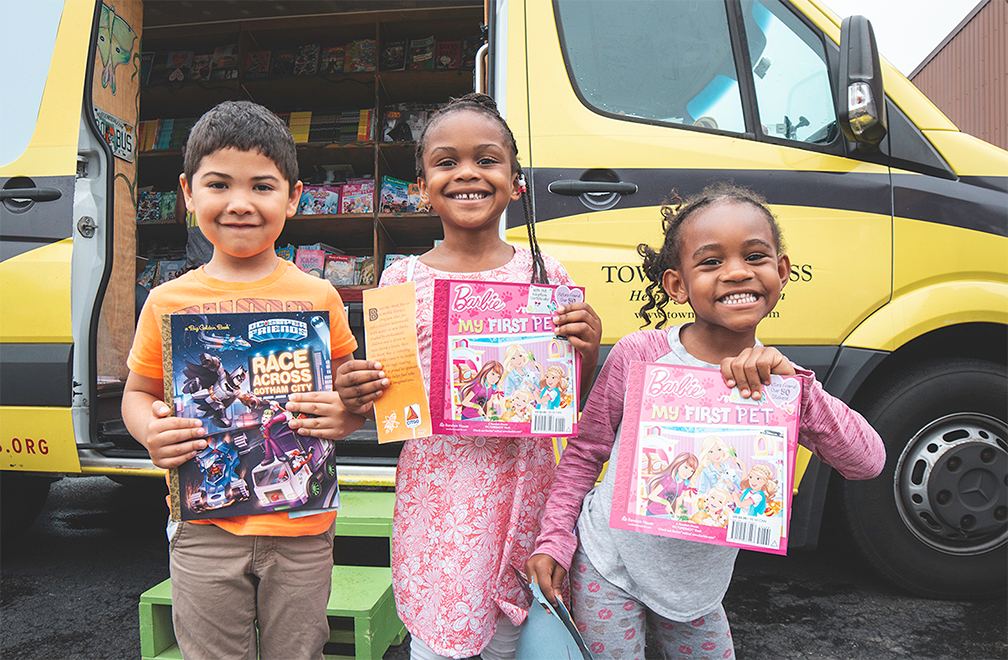 Bess the Book Bus made a pitstop in Joliet today, providing hundreds of YMCA campers with free, new books. Bess the Book Bus is a mobile outreach program committed to extending literacy across the United States. Stocked with an assortment of illustrated books and youth novels, Bess travels the country to pass out books to thousands of children each year.

Today, Bess the Book Bus set up shop at the Galowich and Smith Family YMCAs, where summer day camp is in full effect. Each camp participant hopped aboard Bess and picked one book that they could take home and keep.

Founded in 2002, Bess the Book Bus grew from a Tampa-based organization into a nationwide initiative with help from sponsors like CITGO. The program is currently on its 10th annual cross-country tour. Just days before landing in Joliet, Bess the Book Bus visited towns in Oregon, Montana and Wisconsin.

To learn more about Bess the Book Bus, visit www.bessthebookbus.org. 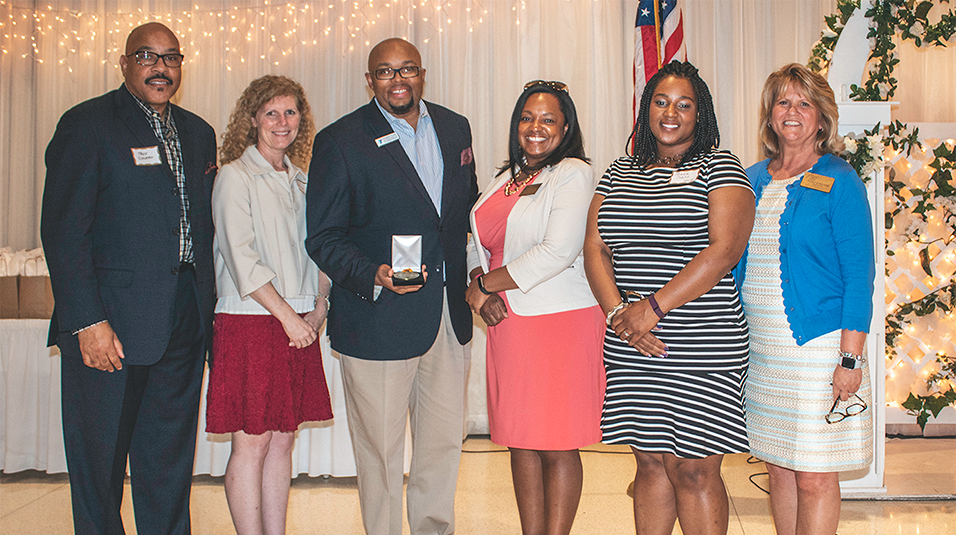 The Superintendent’s Medallion is Joliet Township High School’s highest honor awarded for extensive service, dedication and/or financial contributions. It is bestowed upon individuals or groups that go above and beyond in service and support of JTHS students, staff and District 204 stakeholders.

Teen Achievers is an academic program that provides students with inspiration and guidance in setting goals to graduate from high school, gain entry into college, and ultimately achieve successful entry into a career of their choosing. Through a partnership with JTHS, the program is offered to Joliet Central and Joliet West High Schools. (The program recently expanded into Plainfield South High School.) Since 2005, 93 percent of the graduating seniors in the program has advanced to institutions of higher learning. 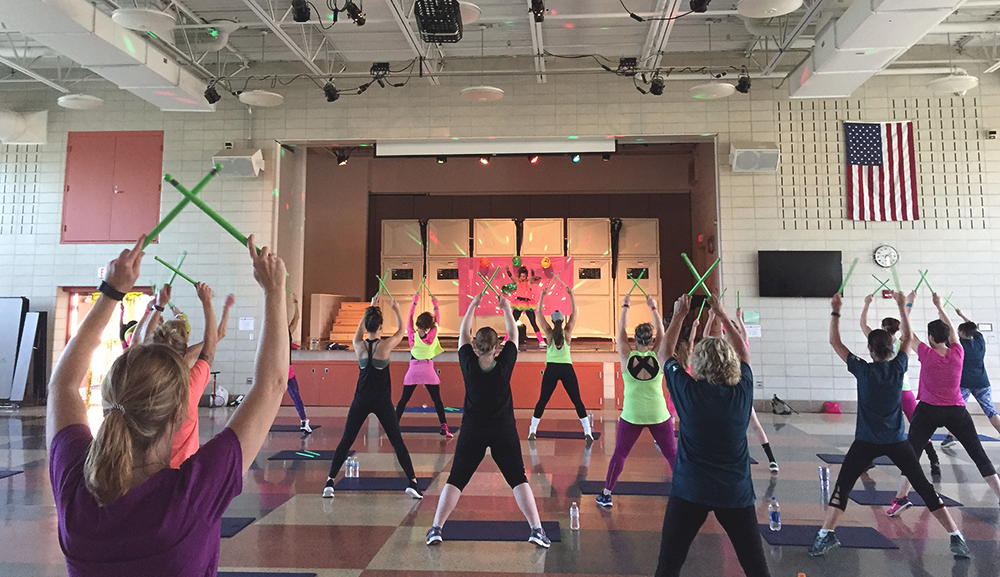 The Morris Community YMCA raised $900 in scholarship funds at its 3rd Annual Campaign Dance-A-Thon held May 4 at White Oak Elementary School. The event included instruction for three of the Y’s most popular group fitness classes: Zumba, Pound and Hip-Hop Fit.

A mix of 80s and 90s decor and music set the tone for the event, which drew a crowd of 35 participants. To match the nostalgic theme, many attendees dressed in bright neon colors and wore retro-inspired accessories.

All proceeds from the Dance-A-Thon will help to ensure that no one is turned away from the Y due to the inability to pay. To make a contribution to the Y’s Annual Campaign, click here.

May is National Water Safety Month, and the perfect time to get children involved in swim lessons. As America’s Swim Instructor, the Y is the most accessible community resource to prevent drowning and encourage a lifelong enjoyment of swimming—teaching more than one million kids a year swimming and water safety skills.

YMCA swim lessons increase the accessibility and enjoyment of swimming to all ages and skill levels. The latest evolution of Y Swim Lessons accommodates varying abilities to help foster a sense of achievement as swimmers’ progress between levels. Through this approach, advanced swimmers flow more easily to higher levels while swimmers who need more instruction can learn at their own pace. This results in more confident swimmers who stick with lessons and develop a love for swimming that can last a lifetime.

There are three general categories of Y Swim Lessons:

The Y introduced the concept of group swim lessons in 1909. Now, each year in more than 2,000 pools across the country, the Y teaches more than a million children from all backgrounds invaluable water safety and swim skills.

To ensure that everyone has an opportunity to participate, financial assistance is available to those in need to help cover the costs. Families interested in learning more about Y swim lessons and water safety classes should click here. 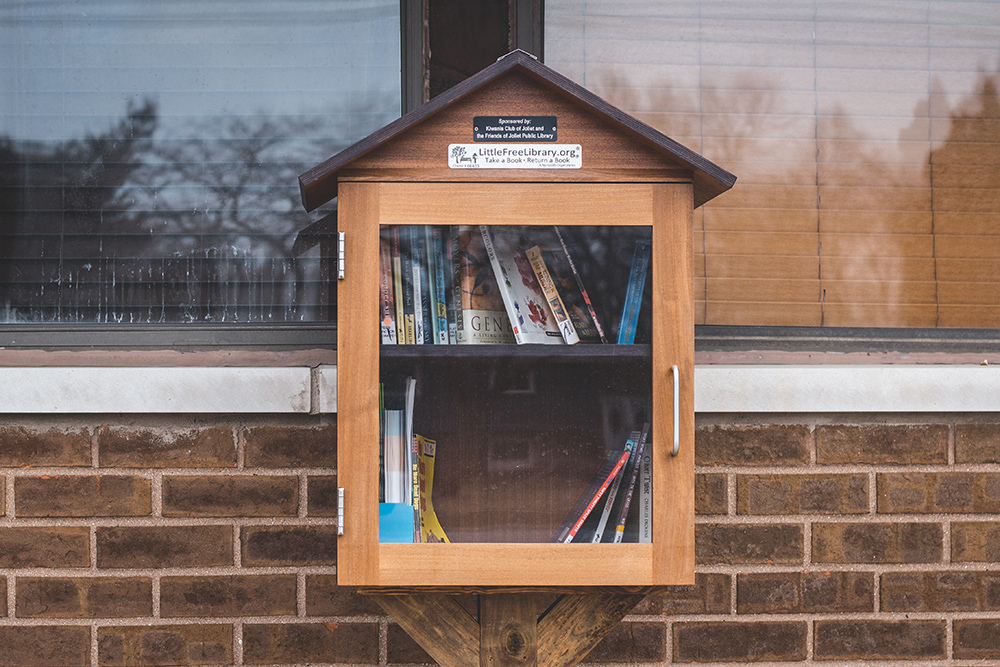 The Smith Family YMCA is now the proud home of a Little Free Library. There are more than 60,000 of these free book exchanges worldwide, and each of them operates on one basic principle: “Take a book, return a book.”

Located to the right of the Y’s entrance, this Little Free Library is available to the entire community. By providing 24/7 access to books, we hope this service will foster a love of reading for the youth in our area.

If you’d like to donate a book or two, you’re more than welcome to do so. Just simply place them in the Little Free Library. There are also opportunities to post information on community events and programs. To learn more, visit us at the Front Desk.

Special thanks to the Kiwanis Club of Joliet, Joliet Public Library and YMCA Teen Achievers. Without their help and support, this would not be possible!