You are here: Home / All Locations 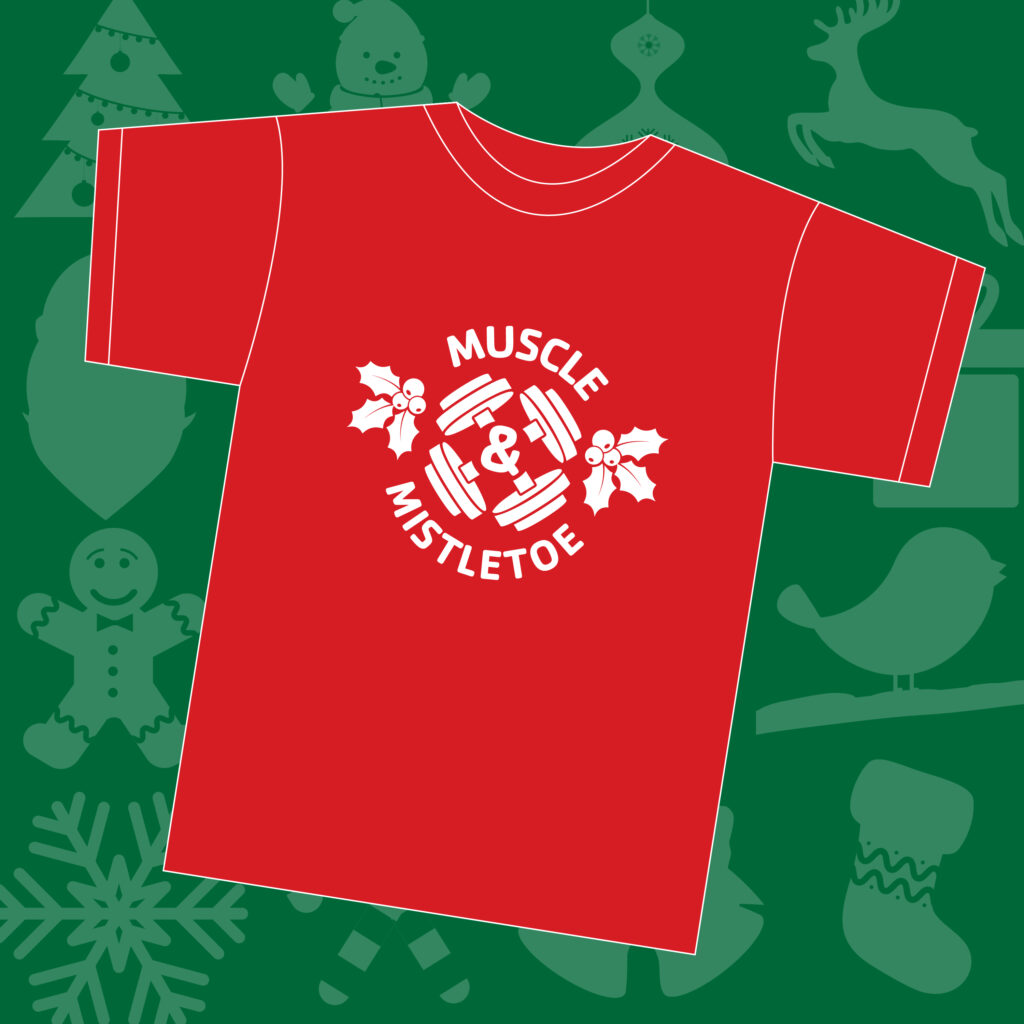 Our 8-week Holiday Weight Maintenance Challenge will help you get in shape and keep the weight off during the holiday season. We have a great plan to help you adopt healthy eating and exercise habits while saying ‘No’ to those tempting holiday cravings.

Are you up for the challenge?

If you can maintain your weight within 2 pounds for 8 weeks (November 14-January 7), you will receive a $20 YMCA credit that can be used towards any fitness program, including personal training. If you gain more than 2 pounds during this eight-week challenge, your fee will be donated in your name to the Y’s Mission Strong Fund.

There will also be optional weigh-in:
Week 5 (some time between December 12 and December 17)

As part of this fun-filled Holiday Weight Maintenance Challenge, you will receive:

Registration is now open. Select your branch below and sign up today!

The Morris Community YMCA’s Capital Campaign, which is raising funds to develop a new 50,000-square-foot YMCA and healthcare center adjacent to Morris Grade School, is excited to announce a generous $70,000 gift from Old National Bank, which will be recognized in the future full facility.

For more than a decade, the Morris Community YMCA has been serving residents in Grundy County by offering programs in the areas of youth development, healthy living, and social responsibility. To further grow its impact in the community, the Y announced plans in 2018 for the development of a new full-facility in partnership with Morris Hospital & Healthcare Centers. While the YMCA hopes to open this new facility within the next several years, the size, scope, and timing will ultimately be determined by the generosity of the community in support of this project.

“We are incredibly grateful for the widespread support we continue to receive from our community partners,” Chief Operating Officer Missy Durkin said. “This contribution from Old National Bank will have a significant impact on the success of our future facility.”

Prepare yourselves! This October, the Greater Joliet Area YMCA has a series of spooky, Halloween-themed activities planned for you and your family. Come dressed in your Halloween best and join us for ‘Spook-tacular’ fun!

It’s Halloween time and we’re having a bash! Wear your best costume and do a little Monster Dash! Come trunk or treat from the numerous trunks provided by local businesses.

Bring your family to this spook-tacular event! Decorated cars will fill our parking lot and children can go from trunk to trunk to collect candy and play games. This provides a fun and safe environment for everyone to enjoy. Don’t forget to come dressed in your Halloween costume!

Cost: Free and open to the community.

If you are interested in volunteering or hosting a Trunk-or-Treat vehicle, contact Youth and Family Director Catie Wallis at [email protected] or (815) 744-3939, ext. 320

Stop by the C.W. Avery Family YMCA for our exciting Halloween Spooktacular! We will have a Trunk-or-Treat with a haunted house as well as games, crafts, and a Halloween photo op! The THRIVE Dance Team will also do a performance at 1:30 p.m. and our spooky costume parade will be held at 2:15 p.m.

If you are interested in hosting a trunk, please contact Youth and Family Director Shannon Stawikowski at [email protected] or (815) 267-8600, ext. 212.

The Y is also looking for referees and volunteer coaches!

APPLY TO BE A YMCA REFEREE

APPLY TO BE A YMCA VOLUNTEER COACH

This week, YMCA members, staff, and volunteers gathered together at the Galowich Family YMCA to celebrate Bill Lauer’s 80th anniversary of Y membership. Bill, a Joliet native, turned 88 in 2022 and, in addition to being our longest active member, has provided an invaluable service to the Y as a volunteer. Bill is currently an emeritus member of the Greater Joliet Area YMCA’s Board of Directors, having assisted the association in various capacities for more than 60 years. Learn more about Bill in the Q & A below.

What are some of your earliest memories of the Y?

Bill: One of the things my parents considered the most important for their children was to learn how to swim. At the time, you had to be 8 years old to join the Y. So in 1942 they enrolled me in a Saturday morning swim class. Every Saturday was the same. My dad would bring us to the Y at 8 a.m. and we’d have an hour long lesson. But, it was more than just swimming. After class, we went upstairs to the small gym and did physical exercise. After that, we’d do arts and crafts for an hour. All of the sudden it would get close to noon and we’d go up to the dining room for lunch. We’d eat and then they would take us down to watch the war news. I remember singing the songs of the five armed branches: Army, Navy Air Force, Marines, and Coast Guard. When that wrapped up, we took the bus home.

What kept you connected to the Y?

Bill: When I got out of college, I started in the life insurance business with my father. My dad said ‘If you’re going to be earning your living in this town, you have an obligation to give something back. How are you going to do it?’ He mentioned a number of nonprofits and, since I was familiar with the Y, I figured I’d see if they needed help. I was able to start volunteering as a member of the membership club, which was called the City Club. These were members who were responsible for selling Y memberships. But it wasn’t just about selling memberships, we would bring in people and help them get started. We’d play basketball, have lunch, just do things to help encourage them.

What are some of your favorite Y moments?

Bill: The Y had a membership drive every year. I remember working as a team leader in 1962 when we sold over 600 memberships in three weeks. It was the most we had ever sold. That’s when it dawned on me that we were affecting a lot of people. It felt like what we were doing was meaningful. And then every year on the weekend of Thanksgiving there would be this event called the World of Fun. There would be a bunch of games and activities that would raise funds for YMCA World Service.

Bill: I haven’t been able to do as much in recent years but swimming and running have always been the things I did the most at the Y. For years on Mondays, Wednesdays, and Fridays, I would swim three quarters of a mile, sometimes up to a mile. Then on Tuesdays, Thursdays, and Saturdays, I would do two miles on the track.”

What are some recent Y accomplishments you are proud of?

Bill: Being able to stay impactful during COVID was the most significant thing the Y has done in recent years. We were able to keep our Ys going.

Why are you proud to be a Y member?

Bill: The Y has been everything to me. There are so many things I can tell people. I just believe so strongly in what the Y does.

We are so proud to have Bill in our Y community and thank him for his incredible support across the last eight decades. He has set an amazing example of stewardship and community engagement, and we wish him well in the years to come!

The YMCA’s Holiday Card Design Contest is back! Open to Y Members, ages 6-12, the contest is the perfect opportunity for kids to let their artistic talents shine and help spread a little cheer this upcoming holiday season.

1. Download an entry form and print it out. Entry forms are also available at the Y’s Front Desk.

2. Grab some crayons, markers and colored pencils and draw a picture that depicts your favorite things about the holidays and the winter season. From snowmen to Christmas trees, to candy canes and snowflakes, we can’t wait to see your original designs!

3. Complete the entry form and drop it off at the Y.

We will select our three favorite designs—one from each age group—to be featured on the Y’s holiday card.

Each of our winners will receive a YMCA Sweatshirt and other exciting prizes.

The deadline to enter is Friday, November 4.