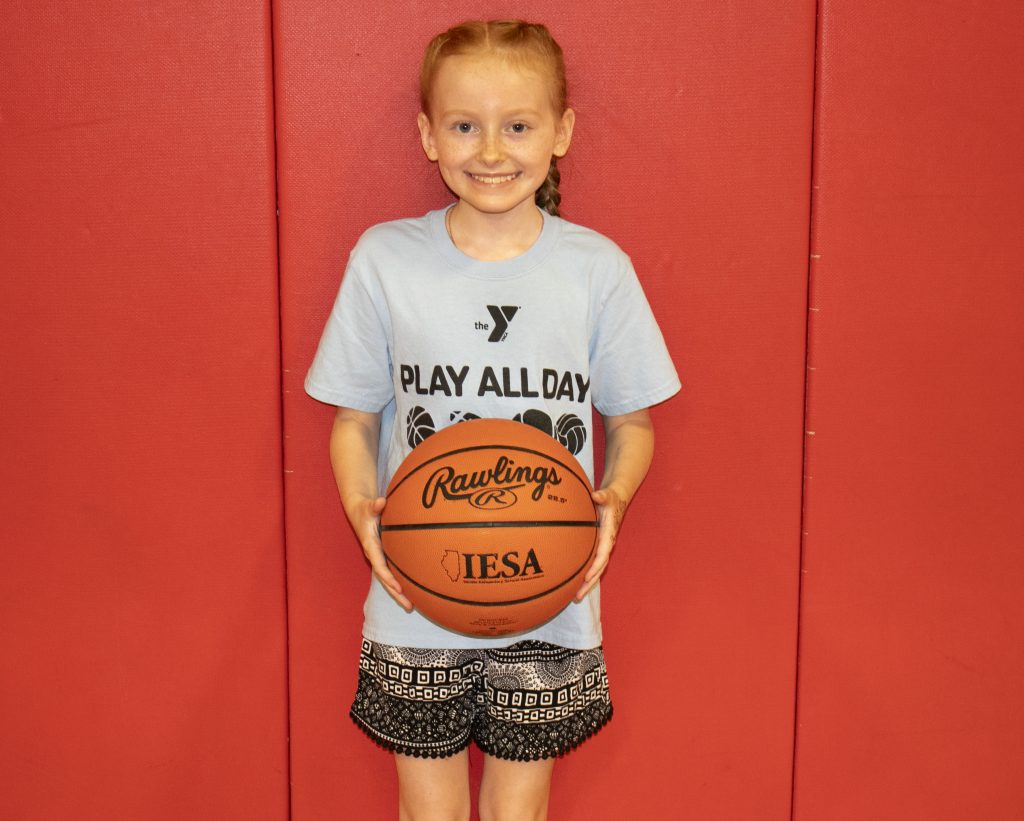 Building self-confidence is one of the most important aspects of childhood. That is why the Y is focused on opening doors for kids to have positive life experiences. In the case of nine year-old Lani Hanley, a membership at the Morris Community YMCA helped restore an active lifestyle that was put in jeopardy only a few short months before.

Last October, Lani’s mom Dawn picked up Lani and her brother Elijah from school on what had up until then been a normal day. That changed soon after their seatbelts were buckled.

“We were getting ready to turn out of the school parking lot and we were hit by an impaired driver,” Dawn said. “We were hit on the driver’s side. Both kids were taken to Loyola Hospital. I stayed in Morris with back fractures. Lani had the worst amount of injuries and had to go right into surgery to repair her left arm and left leg.”

Lani would undergo additional surgeries in subsequent weeks and, thanks to the doctors at Loyola, these procedures were successful.

However, they told her parents early on that the rehabilitation would be challenging.

“She had plates and pins and screws, a lot of work done to put things back together. She was in a wheelchair for quite some time and she had to go through physical therapy to walk again,” Dawn said.

Lani’s strength and perseverance would allow her not only to walk, but to regain the confidence to return to athletic activity. Lani, a blackbelt in Taekwondo, was advised to use another activity with less contact to kickstart her full recovery. It was not hard to find inspiration.

“We were watching the NCAA Tournament while she was healing and she got really interested in basketball,” Dawn said. “We got the release for her to try (the Y) basketball camp on May 8 and I’m pretty sure I signed her up that night. She was very excited.”

It was the family’s first interaction with the YMCA and, though Lani had no prior experience with organized basketball, she took to hoops right away.

“At the beginning all of us had our own groups. My friends and I always helped each other,” Lani said.

“She’s on the smaller side but I see kids on every level participating and giving 100 percent and she was someone who stood out,” Interial said. “I would never have thought that she had been in an accident just months before.”

Lani’s dribbling skills were strong for a first-timer and as the muscles on the left side of her body got stronger, her shot eventually came along as well.

“Sometimes she would not get the result she wanted and she just kept going. She never got down on herself. She kept trying and she got better every day,” Interial said.

Dawn noticed the pep in Lani’s step after each camp session.

“She was all smiles every day when I picked her up so I know she had a great time,” Dawn said. “To see her be able to have some positive reinforcement from the coaches was awesome.”

Lani’s clean bill of health now allows her restart martial arts activity. But her time at the Y has fostered a new passion which has spread to other members of the family.

“We are definitely excited to sign up for the Youth Basketball League. Elijah wants to do some camps, but he’s only three so he has to wait,” Dawn said.

Registration for fall programming, including Youth Basketball Leagues, begins on August 3. To learn more about sports programs at your local Y, click here.

Everyone has a Y story, a way in which the YMCA has impacted your life. Believe it or not, your story has the power to inspire hundreds—if not thousands—of members to follow in your footsteps. To submit a Y story of your own, click here.