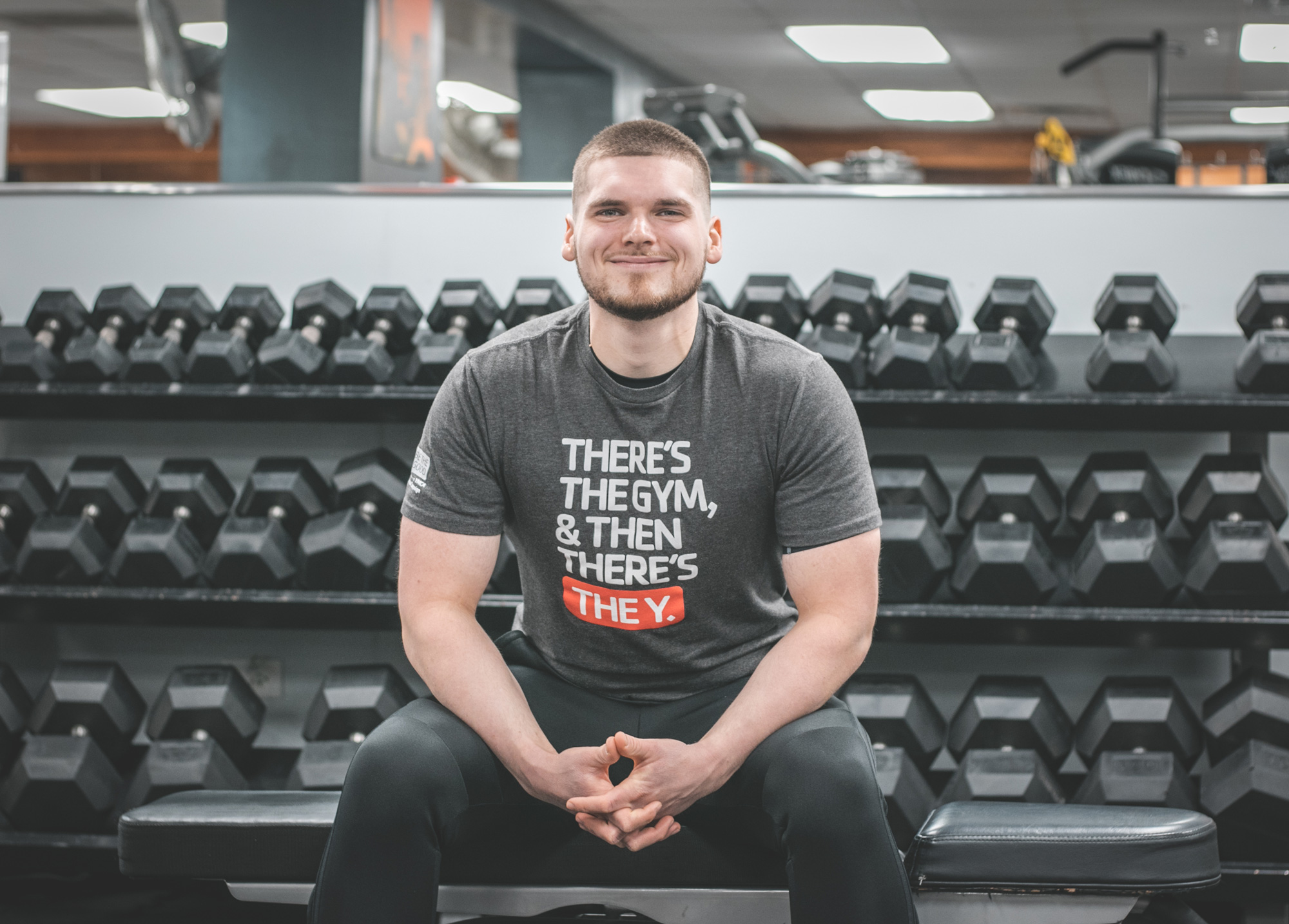 Being healthy is about more than just exercising your body. In order to embrace a healthy lifestyle, it’s important to balance physical fitness with an equally strong mind and spirit. At the Y, you will find the people, programs and support you need to achieve this balance. And, that is exactly what happened for Erik Cross.

In 2016, Cross, then just 19 years old, knew he had big decisions to make when it came to his health, well-being, and future career.

“I was at a place in my life where I was unhappy with a lot of things,” said Cross. “I was not very happy with my current job or my physical fitness.”

It was at that time that Cross’ friend, Alex, started exercising at the YMCA. One day, Alex invited Cross to accompany him using one of his guest passes.

“I went with Alex to work out at the Y one time,” said Cross. “After that one visit, I fell in love. The environment was welcoming and the people were great.”

The very next day Cross returned to the YMCA and became a member. He began to consistently exercise seven days a week, doing everything from strength training, to cardio, to group fitness classes. He also focused on eating healthier.

“I started to think differently when it came to exercising and eating,” said Cross. “With a consistent fitness schedule and diet, being healthy didn’t feel like a chore anymore and I loved the way I felt.”

In just two months he started to see the results in more ways than one. Cross explained that he not only lost over 20 pounds, but he also had a significant increase in his endurance and he started to feel more confident in himself. After hitting his first milestone, Cross was more motivated than ever.  He continued to exercise and work on improving his eating habits for the next couple of years.

By 2019 Cross felt he was in a good place with his physical fitness, but he was still searching for the right career.  A breakthrough came during one of his routine morning visits to the Y’s Briggs Street location. Membership Manager Aracely Rubio offered Cross a job as a Membership Desk Attendant at the Y. It didn’t take long for him to jump at the opportunity.

“I just knew it was the perfect job for me,” he explained. “I enjoyed exercising and the Y was a place that made me happy.”

Since beginning his fitness journey at the Y, Cross has lost more than 100 pounds—dropping from 315 pounds to 195 pounds. Through his journey, he has discovered a new love for fitness and found a career as a personal trainer at the Galowich and Smith Family YMCAs. For Cross, becoming a personal trainer is more than just a job.  As a personal trainer, he hopes to support other Y members as they set and achieve their own fitness goals the same way he did.

To learn more about personal training at the Y, group exercise classes or free fitness consultations, be sure to speak with a member of our wellness team during your next visit.