You are here: Home / Archives for Running 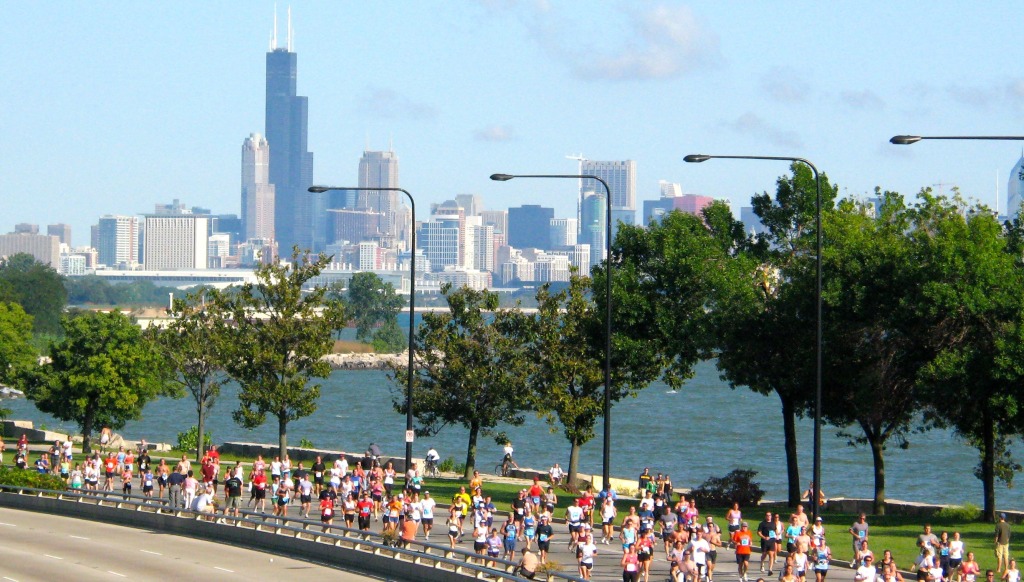 Columbus Day weekend holds a special place in the hearts of many Chicago-area runners, as that is the weekend for the city’s huge and esteemed marathon. Nearly 40,000 runners have already beat incredible odds just to arrive at the starting line, and all are anxious about the miles and hours ahead. First-time runners have no real idea what to expect and keep thinking back to all the advice they’ve received. Seasoned runners may have time goals or other personal goals they’re trying to hit. And nobody can ignore the excitement and drama that surrounds such a huge event. You can’t help but reflect on the magnitude of what it takes to bring together tens of thousands of runners and hundreds of thousands of spectators to be a part of a life-altering event in one of the greatest cities on earth.

As I stood way at the back of the pack on Columbus Drive, on the epic date of 10-10-10, I was overwhelmed with how surreal my whole first-marathon experience was. I had only began running 18-months prior, with my ultimate goal being just to run a 5K. Seven months prior, I had scoffed, “Why would anyone ever want to do that to themselves?” But somehow I found myself at the start line of this huge event, surrounded by a sea of people who I knew had been through the same physical and mental challenges as me over the last few months. The sense of camaraderie that came with that realization was huge. I would never talk to most of those people, but we all knew each other, all shared so much in common right then. We were all in one place, with one goal, on that warm October morning as the sun rose over Lake Michigan.

October is a tricky time in Chicago.

You’re just as likely to get scorching heat as frigid cold. In 2009, the starting temperature was 33 degrees. One year later I would be running in a heat index of 95. The heat was definitely the biggest story of the day, and represents one of the biggest truths about running marathons. As much as you prepare, you can’t control the conditions. It might be hot, hilly, humid, dry, cold, windy, rainy, or snowy. But after all the hours and miles you’ve logged to earn that place on the starting line, you’re pretty much willing to fight through anything to see your commitment to the end.
END_OF_DOCUMENT_TOKEN_TO_BE_REPLACED