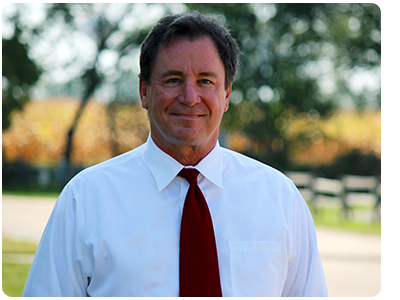 During his 30-plus years working for the YMCA, Jim Watts has embraced the Y’s mission and worked tirelessly to further its cause in a number of communities throughout the Midwest. Since 2012, he has served as the President and CEO of the Greater Joliet Area YMCA, fearlessly leading the way to monumental growth within the organization. Prior to joining the Greater Joliet Area YMCA, Watts served as Vice President of the YMCA of Greater Indianapolis.

A native of Melrose Park, Ill., Watts began his career with the YMCA in 1981 at the Elmhurst YMCA, where he worked for six years. Originally drawn to the Y because of its mission, he found that it was the perfect job to combine a faith-based focus with his love for health and fitness.

An avid runner and fitness enthusiast, Watts earned a bachelor’s degree in community health education from the University of Wisconsin-La Crosse. Watts then spent more than two decades working for the YMCA of Metropolitan Milwaukee. During his 21 years in Milwaukee, he worked as an Operations Director, Membership Director, Branch Executive and Group Vice President.